Sex Ed and More with the Saints 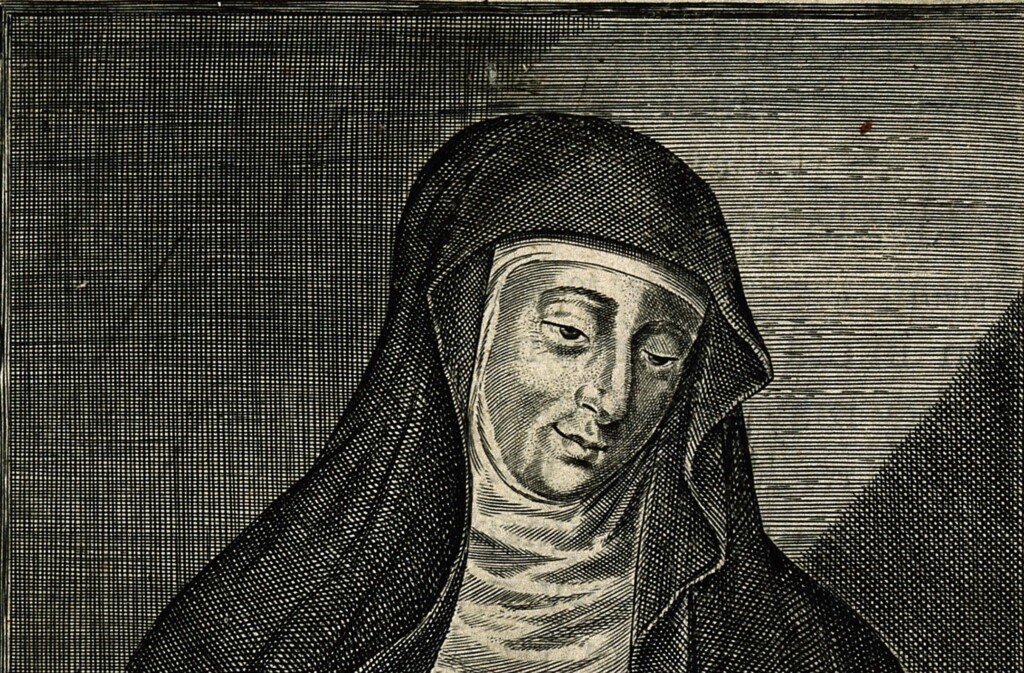 Our theme for the month of June is “sex and the church.” To read posts from our first pass at this theme, check out our June 2018 archives.

The saints liked sex—or some of them did at least. There’s something ironic and hearty in the combination of the words “saint” and “sex.” Aren’t the two mutually exclusive? Weren’t most of the saints unmarried, “celibate” men?

I always found myself fascinated by the holiness present in the profane loves of the adulterers in Graham Greene’s novels. His Henry Scobie, like many of his leading men, is on the march of misery vis-a-vis an unhappy marriage. We slowly become witness to an erotic affair that makes Henry come to life, one he is unable to renounce even with the security of the seal of confession. As The Heart of the Matter unfolds (as well as The End of the Affair and The Power and Glory for that matter), holiness itself is put through the looking glass, and the instruments of holiness, the sacraments, become both the corrupting substance and the antidote.

As religion scholar Virginia Burrus writes in The Sex Lives of the Saints: An Erotics of Ancient Hagiography, “The agonizing pleasure pursued in eroticism, in contrast, increases transcendence to the point that the boundaries of individual subjectivity—the distinctions between the ‘internal’ and the ‘external’—effectively dissolve.”

Rather than trying to bring anything new to the topic of “sex and the church,” I want to highlight some of my favorite writings in church history (mostly hagiographical) that deal with sex or sexuality, in some capacity or another. Enjoy. Laugh. Hurt. Feel.

“At this time while Origen was conducting catechetical instruction at Alexandria, a deed was done by him which evidenced an immature and youthful mind, but at the same time gave the highest proof of faith and continence. For he took the words, There are eunuchs who have made themselves eunuchs for the kingdom of heaven’s sake, Matthew 19:12 in too literal and extreme a sense. And in order to fulfill the Saviour’s word, and at the same time to take away from the unbelievers all opportunity for scandal — for, although young, he met for the study of divine things with women as well as men, — he carried out in action the word of the Saviour. He thought that this would not be known by many of his acquaintances. But it was impossible for him, though desiring to do so, to keep such an action secret.” – Eusebius, Church History (Book VI)

Lesson learned: don’t castrate yourself for God or all of your friends might find out.

Moving to another fun case in point, the twelfth-century scholar and writer Walter Daniel was selected by his abbot to write the biography of Aelred of Rievaulx, one of the great English Cistercian monks. Aelred’s Spiritual Friendship has become a hot-button issue in certain circles as to whether it has queer connotations or if these have been garnered through unwarranted and misguided readings. Regardless of whether he was attracted to the same sex, Aelred was not completely chaste, as Daniel admits in his letter. And yet, he was holy—I suspect Greene would have enjoyed his company.

“When I applied the word monk to Aelred I was making use of this figure, attributing a part by means of the whole, calling him a monk not because he was completely chaste but because he was truly humble.” – Walter Daniel, Letters to Maurice

And now, we move to my patron saint, Hildegard von Bingen, and her very knowledgeable description of the act of orgasm, which has become colloquially known as the first written description of female orgasm, though I’m unaware of any historians who have presented this claim:

“When a woman is making love with a man, a sense of heat in her brain, which brings with it sensual delight, communicates the taste of that delight during the act and summons forth the emission of the man’s seed. And when the seed has fallen into its place, that vehement heat descending from her brain draws the seed to itself and holds it, and soon the woman’s sexual organs contract, and all the parts that are ready to open up during the time of menstruation now close, in the same way as a strong man can hold something enclosed in his fist.” – Hildegard von Bingen, Causae et Curae

Any student of church history probably knows the story of Abelard and Heloise. Apparently, the story featured some unconventional modes of sexual pleasure:

“[I]ndeed, to attract less suspicion, I sometimes gave her blows, but out of love, not fury, out of kindness, not anger—blows that surpassed the sweetness of all ointment.” – Peter Abelard, The Love Letters of Abelard and Heloise

A passage from 1 Esdras, a book included in the canons of the Orthodox and many of the churches of the East:

“A man leaves his own father, who brought him up, and his own region and clings to his wife. With his wife he ends his days, with no thought of his father or his mother or his region. Therefore you must realize that women rule over you!” – 1 Esdras 4:20-22

And sex isn’t always what we want it to be, or thought it would be—as many of these post calvin blogs have attested to.

“I shall go and get on one of the boats they have hired, and they shall feed me whether they wish it or not, for they will accept my body in lieu of the passage money.” – Mary of Egypt, Life of Mary of Egypt

Joshua Polanski
Joshua Polanski graduated from Calvin in 2020 with a degree in strategic communication and religion. He now lives in Boston, MA and is pursuing a masters in theological studies at Boston University. One day he hopes to write about religion and get paid for it.

by Joshua Polanski, December 24, 2020
A Saint for This Season