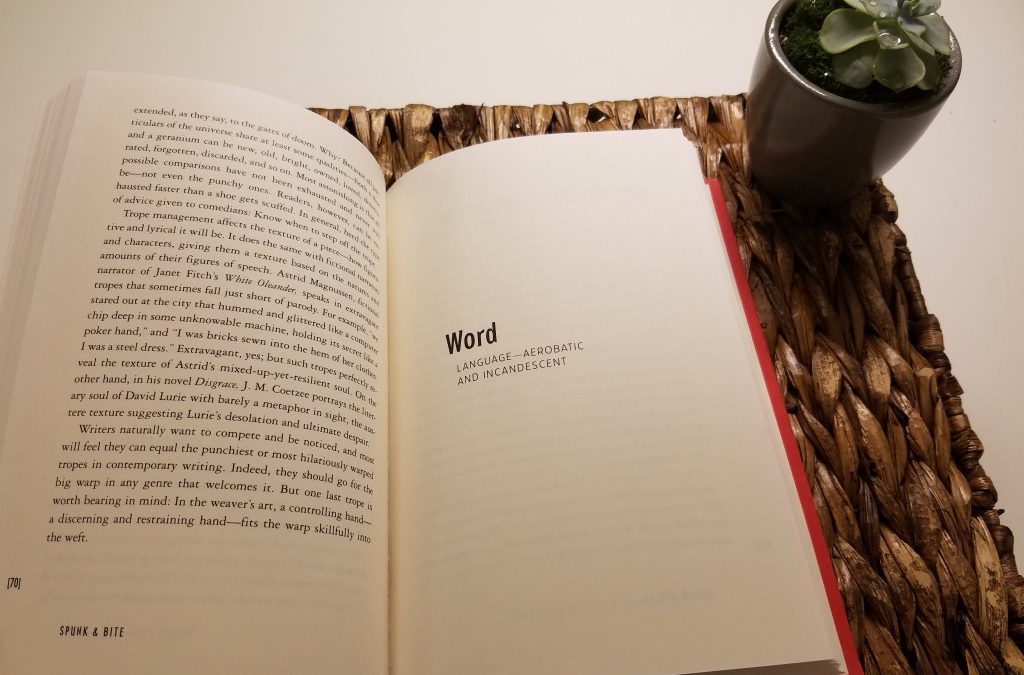 At some point during the past ten years, I crested the hill of enjoying “live, laugh, love”-style quotes pasted across pillows, t-shirts, walls, et cetera, and am mercifully now only amused by the bitter and the bizarre, like that “white male tears” mug that always gets the internet in a tizzy.

Despite a conviction against lame trinkets and empty words, I recently spotted a quotation that has stubbornly taken root in my brain.

I couldn’t even tell you what sort of item the words were emblazoned on—probably a notebook or tote bag, products I have purchased in moments of inspiration and never use to their full potential. But against my cynical preferences, I’ve noticed that the words are significant, even if the novelties only exist for profit.

Writing something worth reading is the general goal of we who write. Besides perhaps Finnegan’s Wake, we aren’t putting pen to page with the purpose of wasting others’ time. (The value of our own time may remain undetermined.) Even when we encounter those who bill our writing as wasteful or unnecessary—and the pessimist in me suspects the detractors are right more often than they are wrong—rarely is such a reaction our intention.

It’s the second part of the saying—or Fuller’s first—that spun my afternoon browsing into an existential reckoning. There I was, traipsing around a bookstore in a sprawling suburban mall, digesting subpar food court fried rice and counting the last few hours of weekend before I returned to the desk where I spend my weekdays and the couch where I spend my weeknights. Nothing to write home about; nothing to write about at all.

Toward the end of my writing degree, I contracted an itch, an inkling that I shouldn’t be a writing major. I enjoyed the courses and developed interests and skills that I dearly cherish and wouldn’t want to do without. But my fear was, and is, if all I’m good for is words, what will those words ever have to say?

The most compelling stories are punctuated by literary prowess, sure. When reading Population: 485 or Lauren Hough’s account of working as a cable tech, the prose sustains our interest. But we don’t stick around simply because they’re good writers; we’re drawn to what the authors did before composing the piece. If Michael Perry weren’t a volunteer firefighter, or if Hough had worked in her company’s corporate office, would either writer have had nearly as much to write? And if they had, would we care to read it? Some jobs, some hobbies, some lives are worth the writing. I don’t find that mine are.

What is a writer to do? Take up new activities that might bring flavor to our experience? Write only based on research and interviews? Extract philosophical importance from the mundane? We combine and muddle and experiment. To do things worth the writing is a constant chase, an apparent exercise in dissatisfaction. We do the thing worth the writing, then we write the thing worth the reading, and we’re left to search again.

For all the crisis, I’m glad I majored in writing. I am privileged to be able to work with words every day. The quest for what is worth the writing is tiring, and it is invigorating. I don’t know that I’ll ever develop something worth the reading, but along the way the cycle might prove worth the doing.

Gwyneth Findlay
Gwyneth Findlay is an editor living in Aberdeenshire, Scotland, where she mentally and physically collects world maps. She graduated from Calvin in 2018 with a degree in writing and minors in French and gender studies.

A Love Letter to my English Major

by Caroline (Higgins) Nyczak, March 7, 2019
From the Festival of Faith and Writing