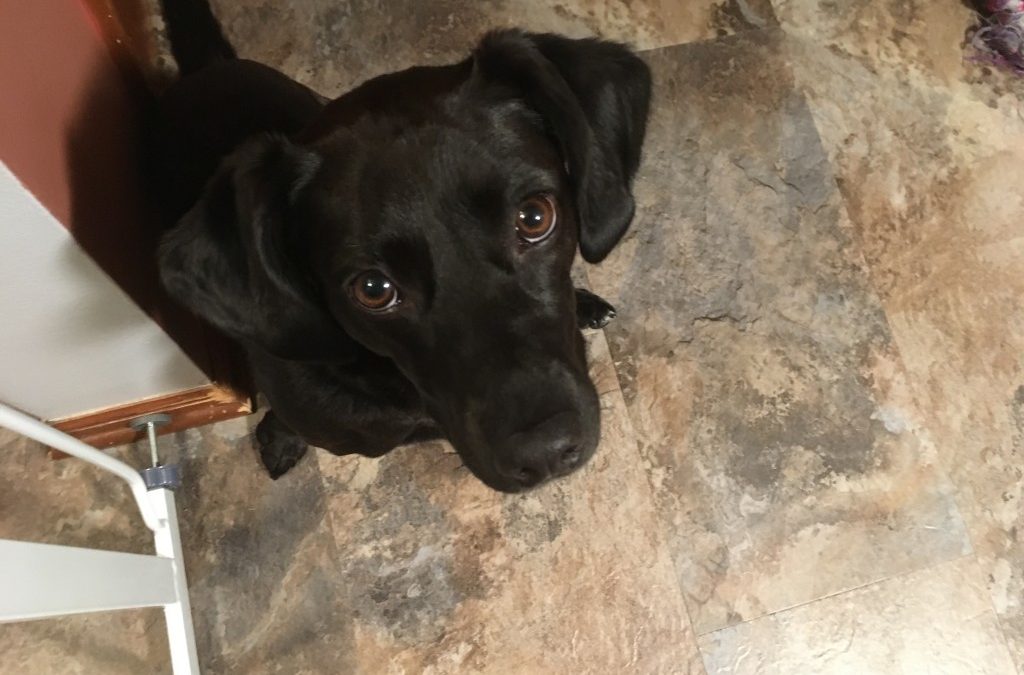 Stella is a year and a half, an extra-long border collie-hound mix with ears a little too large and Dobby-like for her narrow head. She loves peanut butter, hates squirrels, and is never prouder than when she has stolen a sock from the clothesline and paraded it victoriously through the house.

The excitement of a new pet has given way to a schedule of sorts; we have adjusted more or less to the new rhythms of dog ownership. We have developed calluses on the pads of our hands from her leash. We have apologized to friends and strangers for her rambunctious or anxious greetings.  We have had many long conversations in which we analyze her bark or whimper, report to one another about how much she has eaten, drank, or pooped, discuss how she responded to squirrels, rabbits, birds, bicyclists, strollers, strangers, and other dogs. We have spent many hours on youtube watching videos by Zak George’s Dog Training Revolution.

Zak George suggests training your dog with high-value rewards, and apparently, the peanut butter treats we got from Petco are not up to Stella’s standards. In the first few weeks of her residence at our house, she sat sometimes, lay down only on the carpet, and came when it suited her. One afternoon, Nathan broke out some old deli cheese that had been languishing in the back of our refrigerator, and suddenly Stella knew all kinds of commands. As it turns out, it wasn’t that she didn’t know what we wanted her to do. It’s that the treat we were giving her wasn’t worth the effort. Since the cheese discovery, Stella’s been so enthusiastic about coming when called that training has become difficult in an entirely novel way—if you’re holding cheddar, she refuses to go far enough away to be called back.

(Zak George also says you have to train your dog when you’re feeling patient. Zak George does not acknowledge that patience is a rare feeling to have toward a misbehaving dog.)

Owning a dog has not led me to any unique insights into my character, except for a new awareness of exactly how much dog spit I’m willing to tolerate on my floor, on my couch, on my leg, and on my chin. Owning a dog has, however, led me to acknowledge the limits of my power. Stella is an autonomous being with a will of her own, her own animal. I cannot make her do anything that she doesn’t want to do. I can only do my best to make her obedience worthwhile.

We are, perhaps, reinforcing her sock-stealing when we trade her a treat for our now-slobber-covered smartwool. And getting her to heel on walks is so exhausting we haven’t reinforced it with the energy or persistence that it requires. But she is, more or less, getting used to us, and our affection has grown in her estimation. Sometimes she’ll do what we ask just for our attention and praise.

Sometimes, nothing works but the cheese. 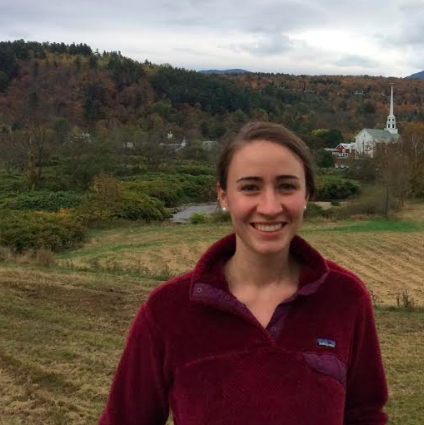 Katie is a doctoral student in English and education at the University of Michigan. She loves the New York Times crossword puzzle, advice columns, oceans, and dogs of all kinds.