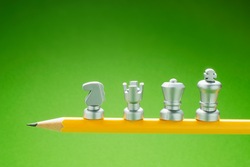 Our theme for the month of February is “color.”

Orange. Yellow. Black. White. Circular. Hexagonal. Pointed. Dull. Flat. Metal, wood, and plastic. Perhaps a bit of rubber, if fortunate. Sometimes a span, sometimes a nub. The common pencil has always had a home in mine.

I am a rescue worker of sorts. I provide sanctuary to lost and unwanted writing implements. A quick glance around my apartment will readily reveal them—pens peeking from a coat pocket, pencils and pens sticking out of jars like a wholesome bouquet, boxes overflowing with their bounty, clumps of implements piled and strewn across the surface of my desk—a pile that continues to grow.

Can you ever have enough? Like shoes or pets or money, does the quantity of pencils one possesses require a limit? They are useful, especially to a writer. Their accessibility, storability, and decent life expectancy make them ideal partners at home and on the road. I never leave the house without one or two, just in case.

There’s something satisfying about knowing I could use a different writing implement every day and go a couple of years without handling the same one twice. Not that I ever would. A pencil’s purpose is to be used until it can write no more, either because its lead has expired or it has become too small for a hand to wield it easily.

Such pencils then go to my brother. He, for whatever reason, likes to collect small pencils. Perhaps for the same reason people take in runts or deformed creatures: a belief in second chances, that everything and everyone deserves a home.

I, however, am a collector of regular pencils. As long as they hold the potential to be useful and productive, they have my interest, a place in my hand. I am a collector, not a charity, and have been known as such since I was a child.

Since I was a child, I have been known as intelligent. Throughout school, I got the best grades, easily finished assignments, and did extra credit for fun. My schoolmates, my teachers, and my family all considered me “smartest.”

I figured I was smart. It wasn’t an awareness as much as it was a need. My identity was wrapped up in my brilliance. Any time a new student joined our class I’d anxiously watch them to verify if they were a challenger, a threat to my existence. When their lower grades became evident, I’d relax. “Good, just another idiot.”

Did they deserve such harsh treatment? Mostly not, but they didn’t even know. All they saw was the throne of my achievements where I sat, high above them. As far as they were concerned, there was no competition. I was the one who fomented the game.

During childhood, my dad introduced me to chess. I swiftly became obsessed. The more I learned, the more I loved. It was a gentleman’s game, an intellectual’s game. The uniqueness of the pieces, the endless strategy, the clear hierarchy between a superior player and a novice all appealed to the image I crafted of myself. It was all so alluring. Winning my Cadet’s chess competition fed that hunger.

As the years passed, I began to play chess less. I only played against people I was sure I could beat. After all, chess was an intellectual’s game. If I lost at chess, that meant I wasn’t intelligent. That couldn’t be true. I had to be the best, even if only in my mind.

My mind. While no longer a child’s, adult me doesn’t quite know whether to qualify it as an adult’s. They say the pinnacle for your mind’s retention of learning lies in your early twenties. Perhaps. But an easy excuse to disavow learning shouldn’t be allowed.

While the inward flow of knowledge may prove a struggle, the application of knowledge will hopefully advance. Our critiques turned from sword’s edge to scalpel’s. We focus less on how those around us can be used for our betterment and instead realize that we need to become better for others and because of them.

No longer do I fixate on my intelligence. I am secure in my degree of intelligence in certain things, knowing that there are others who know more. Whole other fields and ideas exist outside my realm of knowledge that others have pursued and mastered. I am fine with that; I celebrate it even. Shared intelligence creates a conglomerate that transcends the capabilities of a single being.

The pencils are another matter. They are one of the few instances where having more allows more to be given. I have become more than willing. A pencil is a delightful addition. Dependable. Flexible. Creative. Sometimes comfortable, sometimes comforting. Fun without being excessive. And (of course) orange.

Sometimes, as a pencil, we have to surrender what’s central to us in order to make something of ourselves.

Sometimes, as a chess piece, we must sacrifice our identity to become something better than we thought we were.

Sometimes, as a person, we must initiate a single move in order to make a step toward wisdom. 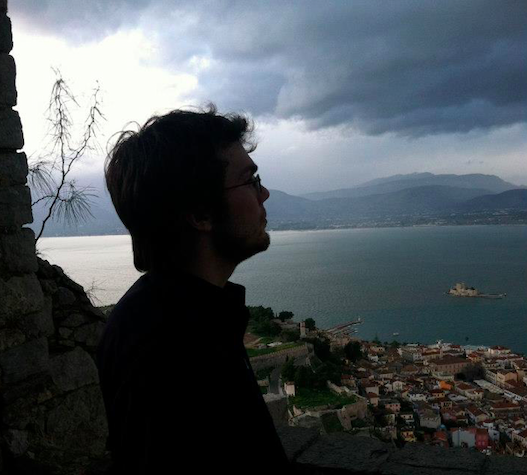 Kyric Koning
Kyric Koning graduated in 2013 with degrees in English, writing, and classical studies. He is a curious individual (with a deep fondness for the parenthetical) who haunts the Grand Rapids area and works several jobs, but considers writing his primary one. He enjoys dichotomies, pluralities, and conundrums of all sorts, playing games (all sorts), reading (all fantasy), and observing the world and (all) its inhabitants. If he’s not working or sleeping, he’s probably writing one of his many novels.

by Katie Van Zanen, August 25, 2020
Putting My Underwear on Backwards