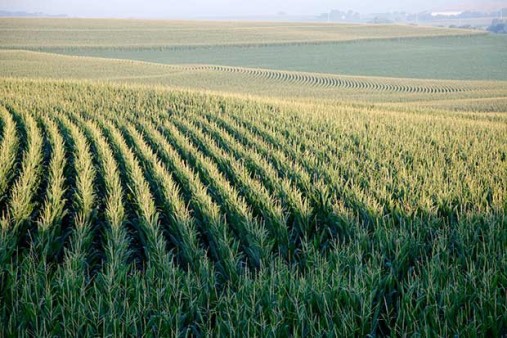 There is no guest writer scheduled for today.  Here is a short reflection in honor of Seamus Heaney, who died Friday.

I went to the farmer’s market yesterday.  Summertime brings such an abundance of fruits and vegetables that I can hardly resist a visit on dewy mornings, the humid air heavy on my skin and frizzing my hair.  I don’t usually go with a plan.  I just browse the row, ogling shiny tomatoes and peppers in colors I’ve never seen (who knew they came in variegated purplegreenred?), picking out whatever strikes my fancy.

It’s on mornings like these that I admire farmers.  This cornucopia of goodness grows right outside of their doors.  Maybe it’s due to an over-exposure of Laura Ingalls Wilder books as a child, but I like to imagine myself waking early to milk a cow, then boot stomping through a peach orchard or digging up potatoes in the black dirt.  What is it about the dirt that draws me in?  It’s romance, in part, but also admiration.  Admiration for the pure, simple, no-frills work that goes into growing things.

Seamus Heaney got it.  His poetry cuts through my romantic ideals and give it to you straight: the world is a rough place.  Farming is hard, people can be harder, and things don’t always go your way.  But, as we read in Heaney’s poem “Digging,” writers know that the pen can be mightier than the spade.

Between my finger and my thumb
The squat pen rests; snug as a gun.

Under my window, a clean rasping sound
When the spade sinks into gravelly ground:
My father, digging. I look down

Till his straining rump among the flowerbeds
Bends low, comes up twenty years away
Stooping in rhythm through potato drills
Where he was digging.

The coarse boot nestled on the lug, the shaft
Against the inside knee was levered firmly.
He rooted out tall tops, buried the bright edge deep
To scatter new potatoes that we picked,
Loving their cool hardness in our hands.

By God, the old man could handle a spade.
Just like his old man.

My grandfather cut more turf in a day
Than any other man on Toner’s bog.
Once I carried him milk in a bottle
Corked sloppily with paper. He straightened up
To drink it, then fell to right away
Nicking and slicing neatly, heaving sods
Over his shoulder, going down and down
For the good turf. Digging.

The cold smell of potato mould, the squelch and slap
Of soggy peat, the curt cuts of an edge
Through living roots awaken in my head.
But I’ve no spade to follow men like them.

Between my finger and my thumb
The squat pen rests.
I’ll dig with it.

Thanks to The New York Times’ feature on Heaney for bringing “Digging” to my attention again.

by Matt Medendorp, November 22, 2016
The Importance of Being Bored