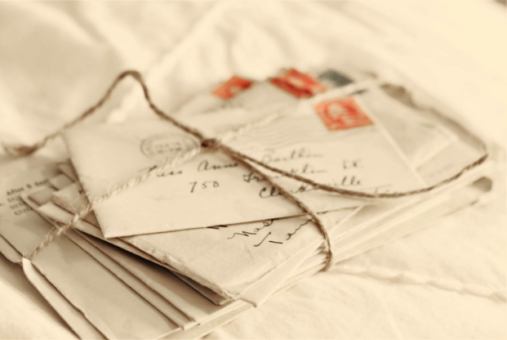 It’s the end of freshman year. You’re a few final papers, a couple sweaty class periods, and a bunch of study-session SnapChats away from being sophomores. You did it! Or, you will. Most of you. And if you don’t, I will spam you with Google Document comments and lurk on your email until you get up off your behind and PASS.

I can’t believe we’re here already. I care about all of you a lot, and I wish we had more time together. When I think back on the year, it’s almost a blur, but you’ve grown so much. I know that’s the most stereotypical adult, “teacher-y” thing I could possibly say, but you just try spending a whole year with a bunch of students without getting nostalgic about the ways they’ve changed!! Despite beginning as one of the shortest classes of freshman boys I’ve ever seen, some of you look like two of your old self standing on top of each other, and I’m pretty sure next year you’re all going to come back as horrible terrifying giants.

Your writing has grown just as much. If your old writing samples and your new writing samples were personified, your end-of-the-year writing could beat up the old stuff blindfolded with every limb tied behind his back. I don’t exactly know how that would work, but I’ll let you use your imagination, which you have plenty of.

Remember when you wrote your own novels? All of you!! Even those of you that told me you could never write FAR exceeded your own expectations. I read everything from dystopian sci-fi love triangles to a narrative about a protagonist who changed genders at random to deeply disturbing tales of family destruction and gang warfare that made me question the health and well-being of your psyches.

Actually, you guys made me wonder on a daily basis. You kept me guessing. If I can say one thing about you, class of 2019, it’s that I never know what to expect when I walk into class with you. You were wild cards from day one. On some days when I expected total chaos, I got mind-blowing insights in discussions that were more sophisticated than a single presidential debate I’ve seen all year. On other days when I expected to get through a class period in peace, I was met with blatant hatred of an imaginary little girl named Scout, a beanie baby deer hanging from the ceiling, and shreds of foam swords littering the floor. You’re an unexpected group, that’s for sure, and in you there is great light and also great darkness.

I’m so sad that I don’t have more time with you, and there are a few things that I want to say while I have the chance. WARNING: This is the very serious part of the letter, and at this point, I’m going to have to ask you to trust me. You’ve listened to me yammer on day after day about your responsibility, and sometimes I feel like I start a “4th/5th/6th Hour” intervention every other week. You know me, and I know you. I’ve learned the applications and definitions of terms like “lit,” “hype,” “dope,” “goals,” “OG,” and other words that I should never try to say out loud again. I’ve learned more about your dating lives than I ever cared to, and you all suffered through the boring things I forced you to learn. So I need you to trust me. I know adults aren’t easy to trust, and teachers least of all, but please trust me. Trust that I know what I’m talking about, even just a little bit. Trust that I truly care about each of you. Trust that I might, on occasion, be right when you’re wrong.

You’re on the edge of a cliff, ladies and gentlemen. One year of high school, down. In some ways, it’s the hardest one. It’s the one where everybody is so overwhelmed with trying to decide who they’re going to be. You’ve spent a lot of time concerned about finding the right friends, the right clothes, love… or at the very least, a hot date. You’ve begun pouring the cement of your character and it is every so slowly starting to harden.

And as you look out on the seemingly endless sidewalk of high school, you can look behind you and see that a square is already down. There it is. There’s nothing you can do to change it. There’s nothing you can do to re-route that part of your path. But there are still many building blocks of the path ahead of you, and I want to remind you that I care about you deeply, and I want you to remember to be careful where you pour that cement.

And you’re unsure. You’re unsure of who you are and who you want to be. And if you aren’t careful, you’re going to do a lot more stumbling and a lot less flying, and it can really hurt when you skin your knees.

Don’t divide yourselves. Stick together. All of you. Don’t let yourselves become the world, split into screaming categories of finger-pointers on either side of an invisible wall. You’re not good little Christian puppets and lazy vindictive burnouts; you’re the Class of 2019, and you’re the children of God.

Paul says a lot of stuff about the church and God’s children in his letter to the Philippians. He tells them “Whatever happens” to conduct themselves “in a manner worthy of the Gospel of Christ.” He goes on to describe a little more about what that means. “Do everything without grumbling or arguing,” he says, “ so that you may become blameless and pure, children of God without fault in a warped and crooked generation. Then you will shine among them like stars in the sky as you hold firmly to the word of life. And then I will be able to boast on the day of Christ that I did not run or labor in vain.”

Now, Paul’s about as far from a hypocrite as you can get. He’s in jail when he writes this, and he’s pretty sure he’s about to die. So to hear advice from a death-row-inmate about not complaining, and about godly conduct… that’s pretty serious business.

And he tells them that God’s children are supposed to shine like stars in the sky. Now, after all Romeo and Juliet’s corny comparisons, I find most star metaphors a bit barfy. But I don’t know how many of you have spent time in a place where you could actually see the stars.

That, ladies and gentlemen, is hype.

A fully visible starry sky is one of the most powerful things I’ve ever witnessed. It’s deep and expansive and real and multifarious and everywhere.

And that’s what you could be. It absolutely is. You have the opportunity to stand together and be that beautiful, diverse, bottomless expanse of potential, an arrow pointing directly at the importance of the one who created you. Don’t allow yourselves to sort each other into categories. Don’t allow yourselves to fall into a limited understanding of who you are. You’re more than who you think you are, but you’re also less.

And you’ve got to decide, these next few years, to conduct yourselves in a “manner worthy of the Gospel of Christ.” It’s here that you’ll begin to learn what that means, but only if you help each other.

Keep challenging the status quo. Keep speaking out. Keep being unpredictable. Keep surprising me; learn how to surprise yourselves.

Lauren (Boersma) Harris (’13) is a spontaneous, idealistic, independent, fierce, over-thinking, damaged, adventurous, ordinary megalomaniac with a healthy sense of self-worth and a high word count. She has been a teacher both indoors and outdoors; she loves improvised comedy, backpacking, and writing, even when it’s required.

by Lauren (Boersma) Harris, May 24, 2015
Congratulations on What Matters

by Abby Zwart, June 12, 2019
“That Time Andrew Garfield Convinced Me to Go to Law School,” or “How to Write a Research Paper”