Cohabitating My Way to Hell 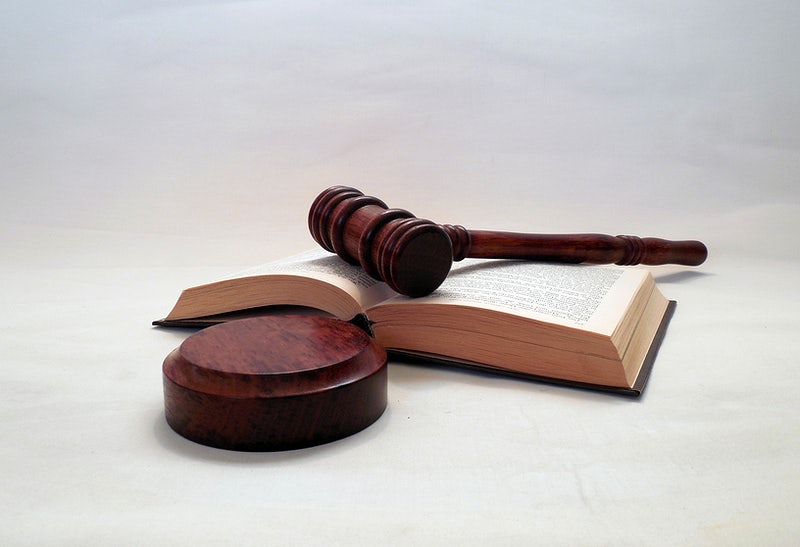 Our theme for the month of June is “sex and the church.” To read posts from our first pass at this theme, check out our June 2018 archives.

Michigan in the summer. The sun is blazing. The humidity is like an adhesive goo. And the sudden, torrential downpours of rain? Utterly unpredictable. So, taking these factors into consideration, it’s obviously the perfect time for a three-day backpacking trip.

A few years back, two church friends and I walked our way roughly thirty miles along the Waterloo-Pinckney Trail, a pleasant route that bobbled back and forth between woods, wetlands, fields, and the occasional backyard of a semi-rural house. It was one of those trails where the destination was surely not the reward, because our trail terminus was a public beach, complete with goose poop and a dank-smelling public restroom. No, this trip was about the journey—just walking, really, through the Michigan countryside.

We had a grand time, all told. We ate couscous and other freeze-dried backpacky foods. We cooled off in the clear waters of a small stream. We played poker and took swigs of bourbon. It was mostly an idyllic summer trek—though, I’ll never be able to erase the memory of sleeping in a hammock during the harshest thunderstorm of the summer, when I stabbed a hole through the base of the hammock to drain the pooling rain water, and eventually opted to sleep in the campground’s outhouse. The scent of that outhouse stuck itself deep in my nostril so that I continued to smell it at random for the next few days.

Looking back on it, I was at a crossroads in my life at that time. I was faced with decisions I needed to make about who I wanted to be and how I wanted to live. It was the first summer following the outbreak of COVID, and so much had changed. My family mourned the loss of my grandma who died that spring from the virus, and all of us wrestled with the reality that life can totally invert overnight. In the wake of that unpredictable tragedy, I thought about what really mattered in my life and how I wanted to live, knowing that the future was more uncertain than ever.

So when the opportunity came for my girlfriend and I to move in together that spring, I took it. I knew she was the one I wanted to be with for the rest of my life. We loved each other deeply, so the decision was obvious. I didn’t second guess it at all, and looking back on it now I’m so glad we moved in together. It made so much more sense than the alternative, which would have meant living apart, paying two separate rents, and wearing masks to visit each other. Everything felt right about the move from the get go, so much so that it failed to cross my mind that our cohabitation ran antithetical to the CRC church, of which I was still a member.

I hadn’t realized the CRC had anything definitive to say about cohabitation or premarital sex until the topic came up on that backpacking trip. We started talking about the CRC’s Human Sexuality Report, and what the report refers to as acts of unchastity. One of my friends, a pastor who I respect, brought up a hypothetical scenario: if a member of his church was living with his partner, my friend would need to disciple this person to leave behind his ways or find a path to marriage. Otherwise, that member of the church would be actively living an unchaste life, which God detests.

As we discussed, my skin felt hot and flushed; I didn’t know what to say. My friend had just described a hypothetical scenario of someone living in direct opposition to the laws of the church, and described how he would have to reprimand someone who was living that way. And there I was, right beside him, living that life, deserving of reprimand.

In that conversation it became abundantly clear to me that how I was living was in direct contrast to the CRC’s position on the issue. And the CRC’s opinion isn’t a casual disagreement with cohabitation by any means; the church’s stance is that anyone who practices cohabitation or pre-marital sex will not inherit the kingdom of God—sounds like synodical shorthand for: you’re going to hell, bub.

When I first realized how serious the CRC took my living situation, I felt ashamed, not of how I was choosing to live, but that I had quite seriously broken the rules of the people I had tried to please my whole life. In the CRC I was brought up to memorize catechisms, canons, and psalms and recite them to my pastor. I recited the confessions. I stood for the reading of the Bible. I did those things in complete earnest, and all of the sudden, there I was breaking the rules so bad that I was going to hell!

But what for? Being a part of a loving, consensual relationship with the person I intended to be with for the rest of my life? This dissonance struck me as so incredibly ludicrous that it jostled some foundational beliefs deep within me. It fractured the pedestal where I had placed the CRC.

The shame I felt for having broken the CRC’s rules quickly faded, morphing into a profound confusion about the church, pity over its small mindedness, and sadness for the state of the denomination that has given itself little choice but to shun, exclude, and tell others they’re going to hell. The CRC does not trust me to live how I discern is best, or to love how I choose to love; instead, it declares that it calls the shots, it makes the rules, and it speaks for God when it comes to who’s in and who’s out. According to them I was out, and for the first time in my life, I didn’t want to be back in.

My partner and I still live together. I accept her, stinky armpits and all. She pops my zits and tolerates me when I fart in bed. If that’s not true love, I don’t know what is. And if that’s going to send me to hell, well, I’d rather be there than in the CRC heaven reciting the Heidelberg Catechism into eternity.

Jon Gorter (‘17) lives in Athens, Georgia, where he works as an arborist. He spends his time walking neighborhood streets, visiting farmers’ markets, and cooking Thai curries. Jon graduated from Calvin with degrees in English and environmental studies and holds an MS in natural resources from the University of Michigan.

by Katie Van Zanen, June 16, 2022
What Climbing a Cascade Volcano Feels Like