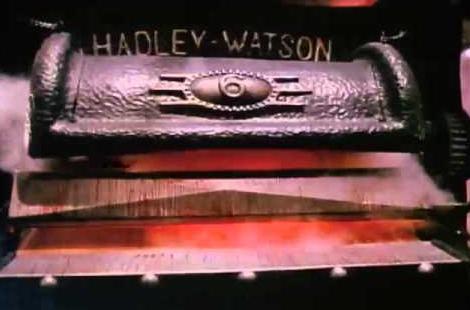 “Here in this world, the bad guys can win.”
– The Last Action Hero

I still remember the first story I read where the bad guy won. It was Stephen King’s short story “The Mangler.” In this story, a police detective and his friend are investigating a rash of grisly deaths caused by an industrial laundry machine. They conclude the machine is possessed by a demon and try to exorcise the demon. They realize too late that the demon is more powerful than they imagined, and it rips free and stalks out into the night in search of more victims.

As a nine- or ten-year-old kid reading this, I was completely blown away. Up until this point, all I had ever known was that the good guys always won, and that was how it was supposed to be. Not anymore. In a very real way, “The Mangler” reshaped how I viewed the world—the bad guys can win!

My main issue with the heroes always winning is that it is boring. Predictable even. Often, there are no stakes, no chance of a main character being killed, and therefore, there is no drama or tension.

For instance, I am addicted to the show Criminal Minds about an FBI team that hunts down serial killers, yet much as I love it, I am always frustrated because at the end of every episode they catch the killer. Everything gets wrapped up nicely. No loose ends. Fly home, see family, roll credits. It gets boring and repetitive because the villains never even have a chance at winning. Once in a while a team member will be captured and tortured for five minutes, but they are always rescued and back in action in the next episode.

More than just always winning, it seems as though heroes rarely suffer any permanent loss. This is especially prevalent in all the recent superhero movies that studios are churning out. For example, in The Avengers, Agent Coulson is killed, an event which brings the whole team together, only to be resurrected to star in a mediocre TV show. Iron Man flies a nuclear warhead into a wormhole…and is totally fine. Shwarama for everyone.

I did like how Iron Man 3 tried to play with the idea that Tony Stark has been changed by the events in New York. He is suffering panic attacks, afraid of losing Pepper Potts, and generally afraid of not being able to save everyone. Interesting starting point. Wouldn’t it be great to see how he deals with failure? How he deals with the villain actually killing someone important to him? I’d watch that movie, but instead what we get is a movie where literally everything working out great for Stark with no lasting repercussions. Day saved, dialogue spoken as witty quips and barbs.

As they say in V for Vendetta, “The moral of the story is—good guys win, bad guys lose!”

Which is why I love the horror genre. In horror, the villains have a shot at winning, which is something I find interesting. Sometimes the villain or the evil is simply too much for the protagonist. Sometimes the hero loses. In some ways, horror is a more accurate reflection of the real world because the heroes don’t always win in the real world.

Even when victorious, the heroes are often irrevocably changed by the events they experienced. In virtually all of H.P. Lovecraft’s stories, for example, the hero (if he survived) is reduced to a quivering, nervous wreck, forever afraid and partially insane. Likewise, in many of Stephen King’s novels, even if the heroes appear triumphant, evil is never really defeated, only temporarily stopped.

Horror villains should really be renamed Schrödinger’s villains because until you reach the end of the movie, the villain is both defeated and successful. The protagonist is usually not invulnerable. Will the villain kill them? Take away something precious to the hero leaving the hero forever altered? Inherent tension. Everything is at stake. No outcome impossible or necessarily predictable.

Paul (’10) lives in Grand Rapids with his wife, Emma (’10), and cat, HandsomeMarcoCat. He loves board games, Babylon 5, and honey-curry chicken. Everything else is negotiable.

Heroes and Villains and The Bachelor(ette)