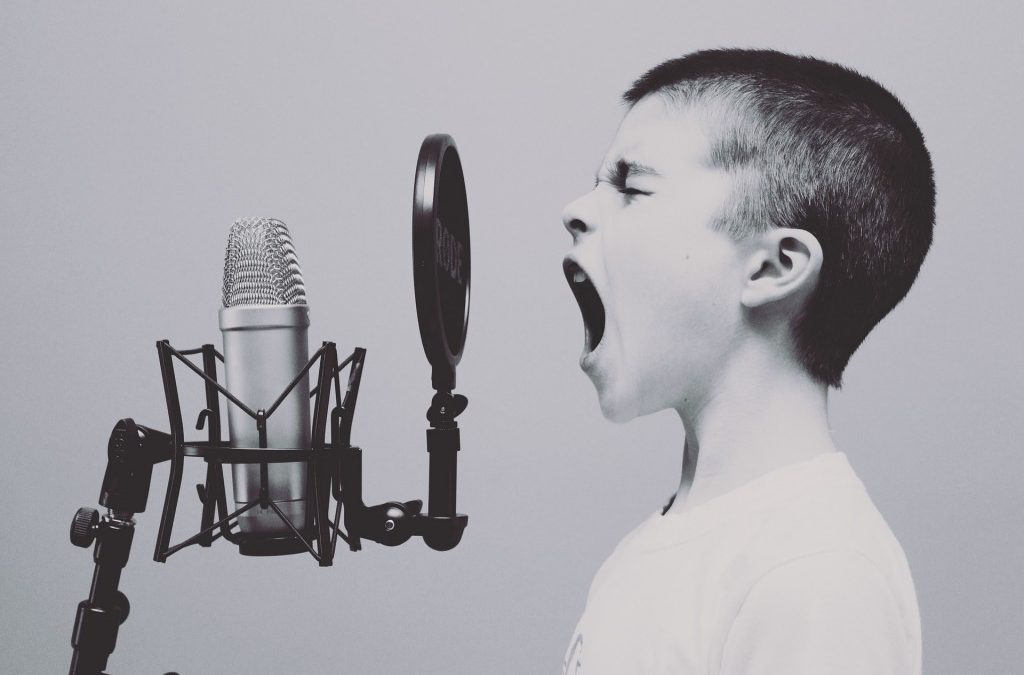 I’d seen the wave building on the horizon. As readers might recall from Season 1 and Season 2, I’d allowed podcasts to become a steady burble of background noise flowing through my waking, non-working hours. But the burble became a stream—a river—and I couldn’t keep up. Too many unheard episodes flooded into my app with every refresh, and I started buckling under the self-imposed pressure to catch up, keep up, don’t miss out.

And thus the wave crashed. I found myself on my parents’ couch in Grand Rapids, phone in lap, siphoning off the podcasts that had begun bringing me more stress than joy.

I set aside more audio-free hours now, too, so my brain has time to rest or read. And when I do listen (which—let’s be real—is still a generous percentage of my free time), I have a narrower slice of the podcast universe to choose from.

Nearly all of the podcasts I’ve highlighted in Seasons 1 and 2 are still in my feed, hidden from view until fresh episodes emerge. Here are some new favorites that have popped into view since I wrote Season 2 and which remained after the floodwaters receded:

–   Another Round: Heben and Tracy, two badass black gals at BuzzFeed, sit back with glasses of bourbon and crack themselves and their guests—and me—up over conversations about mental health, politics, intersectional feminism, and 90s sitcoms. Average length: 1 hour. Favorite episodes: “Episode 33: Pick A Slay (with Uzo Aduba),” “Episode 3: Oh, the Racism! (with Issa Rae)”

–   See Something Say Something: Also from the BuzzFeed pantheon, this charming podcast features reporter Ahmed Ali Akbar and a rotating cast of guests (including his delightful father) drinking chai and chatting about being Muslim in America. Average length: 45 minutes. Favorite episodes: “Episode 3: Fandom,” “Episode 7: Wookies are Muslim”

–   Sidedoor: Produced by the Smithsonian, this quick, engaging podcast packs each episode with tales from science, art, history, technology, and more. Average length: 20 minutes. Favorite episodes: “Confronting the Past,” “Gaming the System”

–   Can He Do That?: From his endless weekends at Mar-a-Lago to missile strikes in Afghanistan to those elusive tax returns, President Trump has given us, um, plenty to think about. The Washington Post’s Allison Michaels speaks with lawyers, politicians, journalists, and policy wonks to present balanced, level-headed answers to the question: “Can he really do that?” Average length: 30 minutes. Favorite episodes: “Should Trump be spending weekends at Mar-a-Lago?” “Can he tweet that?”

–   Rabbits: Narrator Carly Parker drops into the sinister world of an underground role-playing game that just might have sucked her best friend into a web of conspiracies and mind-control. Average length: 50 minutes. Favorite episode: “Episode 102: Copernicus Jones”

–   The Bright Sessions: When you start listening in on a therapist for people with supernatural abilities, you’re bound to hear something…a little strange. As her clients work to master their powers, their lives start intersecting in unexpected ways. Average length: 20 minutes. Favorite episode: “35 – Patient #13-A-3 (Chloe)” and every episode involving Caleb

–   Life After: What if, when you die, a digital version of you still haunts the Internet? Like The Message, one of my Season 1 faves, this 10-episode podcast is a subtle promotional vehicle for GE while primarily serving up some mesmerizing science-fiction. Average length: 25 minutes. Favorite episode: “Episode 10”

Geneva Langeland (’13) survived graduate school with minimal blood loss, escaping with her ms in environmental policy and communication. She now works in Ann Arbor, Michigan, as the communications editor at Michigan Sea Grant. There, she gets to hang out with educators, researchers, and communicators who love the Great Lakes as much as she does.