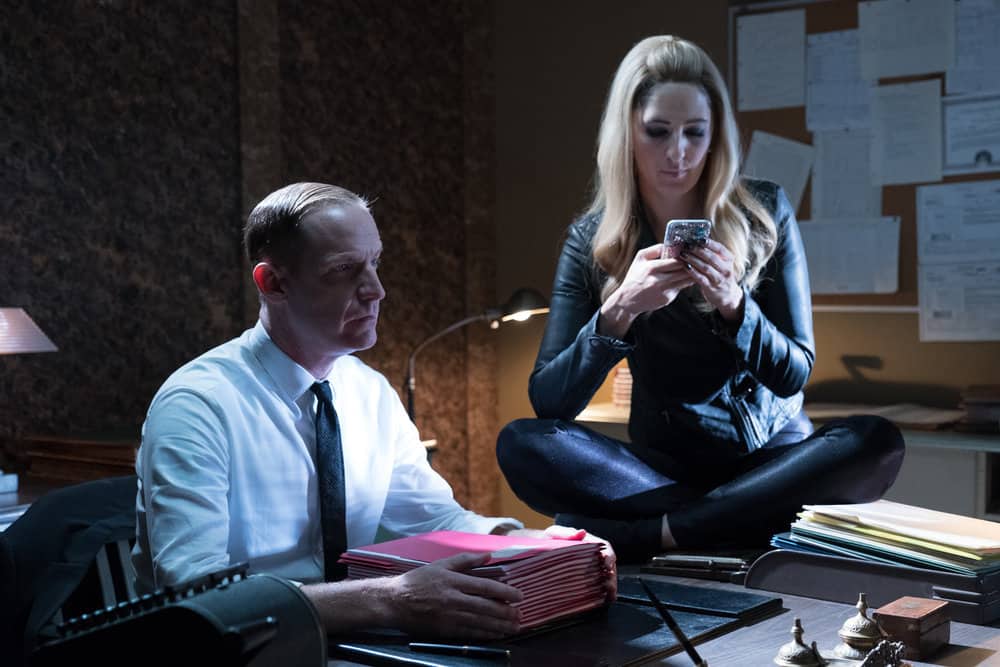 We are currently living in the golden age of television as well as the garage age of social media, which means that many actors will post photos with their co-stars to create an aura of love and friendship, regardless of whether or not they are actually friends. But do they actually mean it, or are they just playing with the emotions of their fans, trying to up their follower and like count?

Historically, if you wanted to know who were friends and who were just co-workers or–gasp scandal–enemies, you had to rely on gossip columns and hearsay. NOW, we have social media! Which means I, Josie Schmosie over here, can determine with absolute certainty which the actors on my favorite TV shows are friends with which co-stars and which are just faking it for the press. Because while people routinely lie on their Instagram accounts, it takes a lot of work to consistently like posts of people who you don’t like because you think some weirdo might be paying attention and dissect each miniscule interaction. Well, joke’s on you, Hollywood, because I am that weirdo!

So without further ado, here is a close reading of my favorite television actors Instagram accounts based on each person’s recent postings. You’re welcome.

Kristen Bell (Eleanor): Most frequently likes William Jackson Harper’s posts, followed by Ted Danson and D’Arcy Carden. No love for Manny Jacinto though, so someone should probably look into that drama.

Ted Danson (Michael): Only has the time of day for William Jackson Harper and Manny Jacinto, but also his feed consists of posts about The Good Place so the account most likely is not run by the man himself.

William Jackson Harper (Chidi): Is notably reserved in his doling out his likes. Recently, he has liked 0% of D’Arcy Carden’s posts, while she has liked 100% of his. Which is a little awkward, but also on brand for his character, who everyone is in love with but he has no idea how to handle it.

Manny Jacinto (Jason): Like everyone on planet Earth, Manny is a big William Jackson Harper fan, but is showing a noticeable lack of enthusiasm for the likes of Jameela Jamil, his on-screen pseudo-soulmate.

D’Arcy Carden (Janet): Likes high percentages of castmate photos EXCEPT for Jameela Jamil, which has received exactly zero likes from D’Arcy as of late. In fact, Jameela is clearly the least Instagram liked by her co-stars–could a feud be on the horizon?

*Bonus cast member! Calvin alum Marc Evan Jackson: Has zero posts, which might account for why he is followed only by William Jackson Harper and Jameela Jamil, along with two friends of mine from Calvin and one of my favorite musical artists who has played at Calvin.

Gina Rodriguez (Jane): (TV) family first: the majority of Gina’s likes go to Andrea Navedo and Ivonne Coll, who play her mother and grandmother on the show.

Justin Baldoni (Rafael): The man writes VERY lengthy captions on his photos and thus does not have a lot of time for liking, so Yael Grobglas should feel very special.

Yael Grobglas (Petra): Seems as just as chummy with the Crazy Ex-Girlfriend cast as her own costars after guest starring in just one episode. Perhaps someone is looking to make a switch?!

Jaime Camil (Rogelio): His character is social media-obsessed, and Jaime himself is no slouch with almost 2 millions followers, though he spends more time raking in likes than handing them out to his castmates (with Yael Grobglas being the notable exception, yet again).

Ivonne Coll (Alba): As the matriarch of the cast, Ivonne has to like everyone, but mostly Andrea Navedo.

Andrea Navedo (Xo): Does the most liking in the cast, with top honors going to Ivonne Coll and Jaime Camil.

Rachel Bloom (Rebecca): As the lead star and also the show’s co-creator, Rachel needs to be diplomatic with likes, though thorough analysis reveals David Hull might be on her bad side with no recent LOPs (likes on posts).

Vincent Rodriguez (Josh): Vincent (or Vinnie, as his pals say) is the most generous of the bunch, with some insta love for everyone. Awkward alert: he likes a high percentage of photos from Gabrielle Ruiz and Pete Gardner, neither of which even follow him on Instagram.

Donna Lynne Champlin (Paula): It takes a lot to get Donna Lynne to like your post, so Rachel Bloom, Gabrielle Ruiz, and David Hull should all be very proud of themselves.

Gabrielle Ruiz (Valencia): A fan favorite and a cast favorite as well, getting a healthy dose of likes from her costars.

Vella Lovell (Heather): There’s a fan theory that Vella likes more of Scott Michael Foster’s posts than anyone else’s because he joined in season two and still kind of feels like the new kid. But that’s just a theory.

David Hull (White Josh): Thankfully David is not as judgy as his character, White Josh, and seems to have a soft spot for Vella Lovell.

Pete Gardner (Darryl): Not-so-secret besties with Scott Michael Foster. They go to tennis matches together and take pictures and videos. It’s adorable. It also inspires David Hull to comment things like “WAIT WHAT” which means he is super jealous and we probably have another behind-the-scenes feud brewing.

Catherine Kramer (’14) has a degree in English and works in publishing. Her continued existence is made possible by grace, warm hugs, and iced chai lattes.