When I was eleven, the barn cat we kept outside to catch mice had kittens.

I had named her Fiddlesticks because I was eleven and I liked the sound of it, though there wasn’t anything “fiddly” about her. She was a noble cat. We first wondered about the pregnancy when her belly grew swollen, and as she grew bigger and bigger she grew friendlier and friendlier. We’d often come home and find her sitting on the front step, stretching out her claws and waiting to be scratched.

I remember the day I dropped my backpack and reached down to stroke her belly, and felt the kittens moving inside. It made the back of my neck feel numb, that feeling you get when you realize unexpectedly that you’re about to get a surprise. Dad reached down and felt her belly too. We wondered how many she was going to have. “Five”, I decided.

The next few weeks were important ones. I checked out every book about cats I could find at the library, and read that kittens needed a safe, warm place to stay. Towards that end, I persuaded my Mom to let me build a den of sorts on our sun porch. We put an old blanket over a dog cage, and I filled the inside of it with towels.

My little brother and I fought over what to name the kittens when they came. He felt that the name Fiddlesticks had been forced upon him, and was determined that he would have more of a say with the next generation. I knew, however, that any of his names wouldn’t be elegant enough for our cats. At least one of the kittens had to be named Evangeline.

We made my mother absolutely miserable with our arguing, until she finally declared that I would name the girls and my brother could name the boys. It was an acceptable agreement, but when I went out to pat Fiddle’s belly I told her the names I had planned for her babies. “Evangeline, Lilly, Aurora, Henri…” She seemed to agree with me, and licked my hand with her sandpaper tongue.

One day, Dad found me after bringing in wood for the woodstove, and said that he thought Fiddlesticks was giving birth. I pulled him out the door and towards the barn. There she was, nestled in the hay. “Don’t touch her” Dad said, pulling back my hand. My brother showed up behind us, and together we all watched.

This was in the springtime, the early time of the season when there’s still a bite in the air, and the days grow dark so soon. Mom brought out a bowl of milk, and some jackets for us as night fell. We didn’t wait much longer, and I was there watching when the first kitten came into the world.

It’s perhaps a small story—so small that it’s maybe silly to admit what that evening in the barn meant to me as a child, and what it means to me even now. Perhaps because it felt so nativity-like.

But it’s a memory of mine that is absolutely good. We all have memories that sour—laughs shared with friends now lost, time spent in places we can’t get back to. But no matter the angle I remember that evening by, it’s perfect. The barn was warm against the dark outside, the hay smelled deep and sweet, and the kittens were wiggling and perfect. I carried two in my hands across the yard to our sunporch, and placed them in the home I had made for them. Dad came behind carrying Fiddlesticks, and she nestled in around her litter. I watched as the kittens—five of them—made their way to nurse for the first time.

Years have gone by, and the nights, lately, have been very dark. So dark it’s hard to sleep through them. I wake in the middle of the night feeling agitated, as if nothing I can do will help anything to change.

So at night, I remember the firsts, and the hope I felt in them.

And especially—small as it may be—five newborn kittens nestled in the hay, safe in a warm and perfect barn. 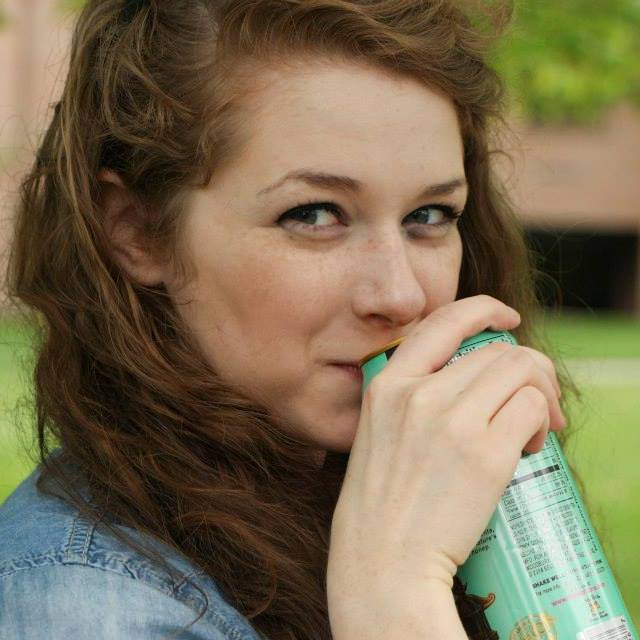 Meg Schmidt (’16) graduated after studying writing and art history. Her interests include attempting to cook paleo, reading through McBrien’s Lives of the Popes, and landing the wittiest joke in a conversation. She currently works with Eerdmans Publishing as a Graphic and Production assistant.

by Gwyneth Findlay, September 9, 2018
Thanks for the Cat

by Jack Van Allsburg, August 25, 2017
My Coworker’s Cat Almost Killed Us Both