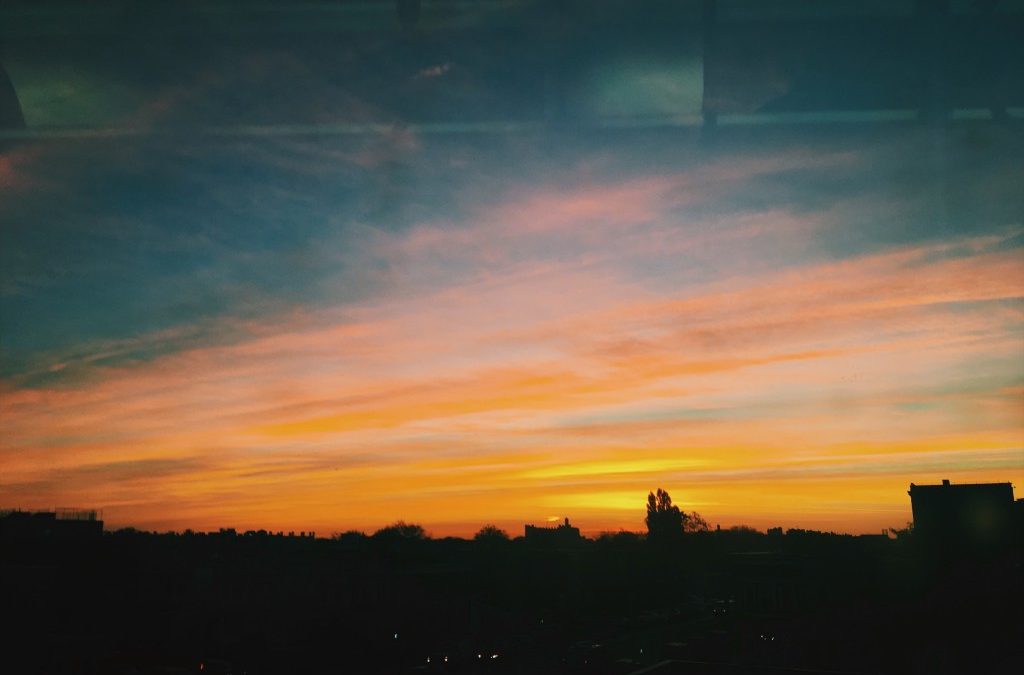 I am awake before first light. What I did with confidence the night before—relieve my bladder in the woods several paces from the tent—I now cannot muster the courage to do. My newly awakened consciousness fears the outside world, though I know it is only separated by a layer of thin, beige nylon. I feel so strangely safe in my sleeping bag cocoon. As I strain my ears to listen for footsteps or animal noises, I remind myself that I love camping and try to go back to sleep.

Before we left, Steve looked up the time of first light and last light. Last light is important, he said. We need to have our site picked out and our tent set up and our fire made before last light. My Apple weather app tells me the sunset time is at 6:03, but not when last light is. This is one of many reasons why Steve doesn’t believe in the weather app that comes with your iPhone. He makes fun of me when I say the weather is “a sun and a cloud.” Now, he warns that last light is 6:30, and the light goes fast when you’re under the pines. I’m grateful that Steve doesn’t bring up the fact that when you’re around a campfire, you can’t see what’s around you but everything can see you. I mean…he said it once when it was light out but didn’t repeat it after that. He knows this idea will spook me. Still, after whiskey and canned chili heated over the fire, peeing in the woods seems manageable.

But I’ve noticed that sometimes life seems more daunting upon first waking. What is supposed to be viewed with a fresh perspective in the clear light of day is too often met with dread. I spent multiple years dreading going to work, and the week looked insurmountable when viewed from an early Monday morning. Coming off the weekend, I wasn’t sure I had it in me to make it through the week. But I always made it through Monday, and when the day ended I was reminded that time is passing. Everything seems more manageable after an hour even, after your first coffee. Time is passing. A few years ago, when I was going through a heartbreak, this was once the most comforting things a friend told me: Time is passing.

Now, I’m still teaching in public school, but I’ve transferred to a place where I’m responsible for a manageable number of lesson plans and I don’t have to buy my own paper. I’m no longer walking distance from work, but it’s a small price to pay. I get on the bus every morning in the dark. These days, first light is late. Then I transfer to the D train and ride it south, almost to Coney Island. At this time of day, before the dawn, it is mostly occupied by construction workers, hardhats clipped to their backpacks. I also share my train car with a young blonde woman in light blue scrubs. She is on the train before me and exits two stops before mine. She is always asleep when I get on, her chin on her chest, mouth half-open. I have never seen her actually studying the notebook full of notes that is always open and sitting on her lap. I am amazed that she never drinks coffee. I’m also amazed that she never misses her stop.

Now that the winter is approaching and daylight saving has not yet begun, I exit the train before the sunrise but after first light. Although I cannot see the sun, it is already lighting up the sky. Sometimes I pass stops where the light is performing beautifully for an audience who is unaware. Crowds of people stand with their backs to the colors, their eyes on their phones or on the train tracks. “Turn around!” I want to say, “You’re missing it.”

Back in the woods, I have to pee, but I do not wake up with pain or dread. It is Sunday and I can even fathom the next day’s commute without becoming nauseous. I have no plans but to cook food in the crisp fall morning air, without a roof over my head for a few hours. I roll over and wait for the first light. Even when it’s light enough to read my Mary Oliver book, the woods still seem dark. No one else is awake yet. I will wait for the first light and conquer my fear of the dark another day. After all, time is passing.

Caroline (Higgins) Nyczak (’11) lives in Brooklyn, New York, where she spends the vast majority of her time teaching English Language Arts. You may also find her at barre exercise classes or playing (and losing) at bar trivia. She continues to be inspired by the energy and diversity of New York City and the beauty of that certain slant of light.