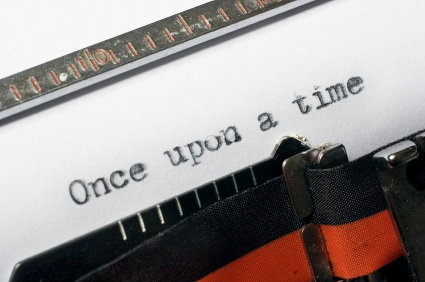 Humans are obsessed with stories. We tell stories every day—to our families, our coworkers and colleagues, our students. The act of storytelling is common across cultures and throughout history. In The Storytelling Animal, Jonathan Gottschall writes, “We are, as a species, addicted to story. Even when the body goes to sleep, the mind stays up all night, telling itself stories.” The reason for this is not entirely certain. It may be evolutionary, an actual aspect of human survival.

Regardless, stories are a vital aspect of human culture and history. Those of us with faith traditions tell sacred stories as part of our practices. Not everything in the Bible is in narrative form, but a whole lot of it is. Oral histories were shaped according to narrative, written down, copied over and over, translated and translated again—and are still compelling. We still tell these stories, and continue to find meaning in them, in many cases thousands and thousands of years later.

We even shape the way we think according to stories. Stories can stimulate the brain and change how we act—remember a couple of years ago when those studies came out with evidence that reading fiction can increase empathy? (But then, we readers have known that for some time, right?)

Even when events don’t make sense or follow a narrative structure, attempting to enforce a narrative structure can afford a sense of control. It is an attempt to create meaning out of chaos. And the same could be said for the characters in the stories. People are difficult to understand, but the can be simplified via categorization into archetypal boxes.

In myths and fairy tales, the heroes and villains are usually clear-cut. The heroes are good; the villains are bad. Some stories are closer to real life, where the hero isn’t always a good or admirable or likeable person, and/or the villain might be a very sympathetic character, or even not a villain at all (we love you, Snape). You’ve heard terms like antihero or, more recently, anti-villain, right? Things aren’t always what they seem.

This messiness is…well…messy, though, and it’s really tempting to edit in an attempt to conform to rather neater categories. For (white, Protestant-ish) Americans (who look a lot like me), the founding fathers, or favored presidents might be seen as heroes, but pretty much all of these men did some not-so-admirable things and have a few skeletons in the closet. For Christians, heroes might be Bible characters. Have you picked up a children’s Bible lately? The heroes and villains are pretty clear-cut in there…just wait until the kids take a Bible class somewhere down the road and realize that God called some awfully messed-up people.

I think it’s natural to look for heroes and villains in the stories we hear, tell, and live. And this model might even be helpful in some ways—if you felt you were the hero of your life story, would you do anything differently?—but it can also be harmful. Much of the time, particularly in humanities disciplines, every dichotomy can be complicated. This one is no different. No human is purely hero or purely villain, and I think most of us would agree that the very best stories reflect this complexity, this beautiful mess.

Alissa Goudswaard Anderson (’10) lives with her husband Josh in New York City, where she is earning her Master of Divinity at General Theological Seminary. Alissa enjoys private kitchen dance parties, big Midwestern thunderstorms, and perusing other peoples’ bookshelves. For more, find her online at www.episcotheque.wordpress.com or tweet her @episcotheque.

by Paul Menn, June 8, 2015
Heroes and Villains and The Bachelor(ette)