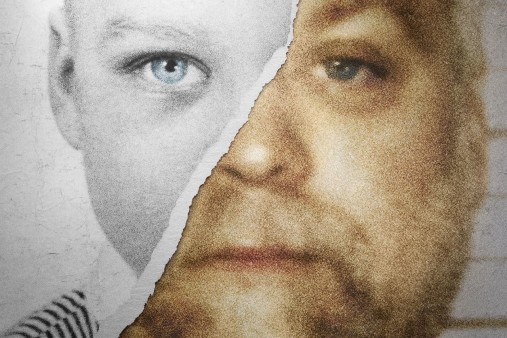 One great thing about being a student again/still is winter break. Sure, I spent most of December stressed and harried, but I’ve been free since I turned in my last item, and it is glorious.

The day after I handed in that last item, my husband and I left our apartment at 3:45 a.m. to take a subway and a bus and a plane and a Greyhound back to the Midwest, where we spent Christmas with his family. It was busy and noisy and full of kids and family members we haven’t seen since our wedding (or longer)—in short, wonderful. All that wonderful, though, not helped any by airplane air and weird sleep patterns, gave me a less wonderful takeaway: I came home with a nasty cold.

So, I took care of myself: soup, fluids, and ALL THE TELEVISION. I have dutifully melted my brain with hours and hours and hours of TV over the last week. And, since it is cold season, I’ve decided to do all of you a huge favor and let you in on some of my treatment, rated in cans of soup (obviously five is the highest).

I actually put “binge Jessica Jones” as an item on my to-do list, because that’s the kind of person I am. It’s a very pretty show, and it’s engaging and I enjoyed watching it.

I didn’t watch The X-Files when it aired, but in high school I got a few VHS tapes of it at Goodwill and watched it over and over until my mom finally broke down and starting buying seasons on DVD, and it’s one of my favorite shows. Between it and Gilmore Girls I have enough DVDs to get through any illness. The episodes are just interesting enough to be bingeable, but I also find them incredibly relaxing, and since I’ve also seen the entire series, it’s not a problem if the cold meds make me doze off for some parts.

MOZART IN THE JUNGLE

The second season of this Amazon original dropped last Wednesday. It’s funny, it offers an intriguing (if perhaps limited) perspective on the world of classical music performance, and its episodes are only half an hour long, so it’s much easier to commit to watching six or seven of these than, say, a movie.

Hang out with a Millennial long enough and favorite childhood TV shows always come up—a conversation I fail at because from roughly 1990-2005 the only TV I was allowed to watch at home was Touched by an Angel. Thanks to my husband, though, we are now working our way through every single episode of Full House. It’s sweet and endearing and reminds me of simpler times when the Olsen twins were cute and wholesome.

This show is crazy. It’s a 10-episode docuseries that my husband and I watched over three days. It probably would’ve taken less time except we kept starting to watch at night and couldn’t stay up. It’s fascinating, enraging, and utterly gripping, and while it’s not exactly uplifting it’ll probably make you forget you’re sick, or at least remind you that a cold is nothing in the grand scheme of things.

That adds up to probably thirty-five hours of TV, and that’s not counting the hour (or more) of the TODAY show that we watch over breakfast most weekdays, or the occasional Jeopardy night. Yup, definitely melting my brain. Totally worth it, though—and my cold is almost gone! It’s like they say: television really is the best medicine.

Alissa Goudswaard Anderson (’10) lives with her husband Josh in New York City, where she is earning her Master of Divinity at General Theological Seminary. Alissa enjoys private kitchen dance parties, big Midwestern thunderstorms, and perusing other peoples’ bookshelves. For more, find her online at www.episcotheque.wordpress.com or tweet her @episcotheque.

by Caroline (Higgins) Nyczak, November 7, 2018
Into the Light