If It Feels Cult-y, It Might Be a Cult

Brain Power Wellness, a program that is currently being used in several hundred NYC Public Schools, includes short activities for students that are supposed to improve focus and self-esteem. My friend told me her principal paid 30,000 dollars for this program, and I believe her, though I can’t back it up with hard evidence. The Brain Power exercises and games are organized under categories such as Team Building, Mindfulness, Neuroplasticity and Citizenship. The activities include mediation, partner-stretching and a lot of counting to ten while doing various clapping sequences. They also include breathing exercises and “brain tapping” to relieve tension. The program was introduced at my school in September by a friendly member of the Brain Power staff named Jane.* As someone who truly believes in the importance of mindfulness and meditation for children, I was interested in this new initiative. So when I was asked if I wanted to be the one to attend the professional development workshops and be the Brain Power Leader/Mentor for our school, I gladly obliged.

In my process to become a teacher-leader in this program, I attended three professional development workshops on Wednesdays in November-February. Although I found them to be a bit “touchy-feely,” I tried to keep in mind that it was common for teachers to practice the activities they expect their students to do. So I engaged in a lot of team-building exercises and high-fives with strangers and an especially uncomfortable exercise called “Brain Power Bakery” where we partnered off and pretended our partner was cookie dough as we gave them a back massage. It was also at this workshop where I first met the founder/director of Brain Power Wellness and author of The Brain Power Classroom, Dave Beal. His leadership style and motivational speeches made me cringe. At one point, he even apologized for “preaching too much.” To make matters worse, most of the teachers around me seemed to be eating it up. He asked a lot of call-and-response questions like “Kids can’t learn when they don’t feel loved, right?” and people responded in unison with “right.” Witnessing the devotion to this male leader was the first time I felt like BPW was a little “culty.” Still, my school had sent me to these workshops, and I got an hour lunch break, so I kept coming back for more.

In February, I was invited to a Brain Power Leadership Training and Retreat in the Catskills. This training was a Monday-Wednesday in early March, meaning I would be excused from work for three days and get to stay in a private room at a hotel. The hotel, Honor’s Haven Resort and Spa, boasted a hot tub and a sauna, not to mention that all my food, lodging and transportation would be paid for by my school. I wouldn’t know anyone there, but would be going with other NYC teachers who had also assumed the roles of Brain Power Leaders in their schools. I would also know Jane, the relaxed and friendly Brain Power staff member who had been working with our school. I agreed to go.

In some ways, the program was exactly what it said it was going to be. We hiked. We meditated by a waterfall. We practiced teaching BrainPower games and activities. At first, I felt really grateful to be there, essentially being paid to be in nature. But I also found some of the sessions to be a bit….odd. For example, one evening we rotated to different stations during a “Self Care” session, one of which included poking our belly-buttons with a plastic healing stick to “stimulate the gut.” We also did a “yoga” class that did not include the yoga poses I’m used to but instead involved a lot of body-tapping, or hitting ourselves while bouncing up and down to relieve tension. While I felt slightly uncomfortable at times, I kept an open mind.  If people use jade rollers for lymphatic drainage and dry brush their skin to stimulate circulation, this couldn’t be that weird, right?

Luckily, I found myself in the hot tub later that night with the right people. One man was discussing the fact that he had googled the hotel, and discovered that it was somehow associated with a yoga program called Dahn Yoga, which was accused of being a cult about a decade ago. Apparently, this yoga group got into some legal trouble back in the day, including a wrongful death lawsuit when a CUNY professor died while hiking on a Dahn Yoga training retreat in Sedona.

Later that night, I googled “Honor’s Haven Resort Dahn Yoga” and found this article. I skimmed it. I thought it was interesting but didn’t do any further research. So an alleged cult used to hang out at this hotel and it hasn’t been good for business. That made sense. Did I mention that our group of fortyish people were the only people in this giant place? Talk about The Shining vibes.

It wasn’t until Wednesday that I really began to put things together. That morning, Dave Beal took us on a walk up 120 wooden stairs to a wooden platform and explained that this structure was erected for Ilichi Lee, a Korean spiritual leader who wrote a book called I’ve Decided to Live 120 Years. Dave also mentioned that Ilichi Lee was the founder of Brain Power’s parent company, Body & Brain. I took a mental note of all of this information, and then found myself walking next to someone who was (like me) more interested in discussing how the retreat was weirder than expected than meditating their way up 120 wooden steps. After I complained about Dave Beal’s motivational speeches, my new friend revealed that she had done more research, and was basically convinced that Brain Power Wellness was Dahn Yoga rebranded and repackaged. They stuck a white guy as the leader and marketed it to public schools and tried not to advertise their affiliations with the alleged cult.

All it took was a little google searching to find out that my new friend was exactly right. Body & Brain, parent company of Brain Power Wellness, is essentially Dahn Yoga re-branded. “Body & Brain” and “Dahn Yoga” are used interchangeably on Wikipedia. I also discovered that there is tons of evidence that Dahn Yoga is, well, a cult—one that includes a fun history of mind control techniques, sexual assault, and monetary manipulation. It has been reported that Brain & Body aka Dahn Yoga is a cult in Forbes and Glamour and Rolling Stone and CNN. Most of these articles are from about a decade ago, seemingly before the rebrand from Dahn Yoga to Body & Brain. There’s also countless message boards and other testimonials about Dahn Yoga being a cult, and apparently much more to discover if you can read Korean. (Anyone?)

It all makes sense now. Honor’s Haven Resort included a room with a squishy floor where no shoes were allowed, which is what all Body & Brain studios are like, according to the Yelp reviews I read. Speaking of Yelp, if you look up the one-star Yelp reviews for any of the 100+ Body & Brain locations nationwide  you will find that these studios are relentless in pressuring people to pay large sums of money to become members and that many people feel uncomfortable and scammed.

But perhaps the most interesting thing I discovered is that good old Dave Beal had already tried to introduce these “exercises” aka Dahn Yoga into NYC schools back in 2009 but received pushback. Links to this New York Post article and this Gothamist article explain that the program was formerly called “Power Brain.” Clearly, they’ve just switched the order of the words (!!) and are now trying to reintroduce this program a decade later, hoping no one remembers the cult associations. And even though I swear I heard Dave Beal say out loud that their parent company is Body & Brain, there is zero evidence of that on the Brain Power Wellness website. And nowhere on the Brain Power website does it refer to Dahn Yoga founder Ilchi Lee or his book “Power Brain Kids.” The rebrand is intentional, and I doubt they want us to make the connection.

Unfortunately for them, they showed their cards by taking us to Honor’s Haven, which is managed by Ilchi Lee’s son Julian, and still stores their “yoga” equipment in bins labelled “Dahn Yoga.” They also clearly underestimated the amount of googling I could do on a two-hour bus ride back to the city. As it turns out, Beal’s book The Brain Power Classroom clearly states that his inspiration is from Lee and his “Brain Education” Program, but also here’s a website that also links Ilchi Lee to Brain Power Wellness.

I also went ahead and found this article that states that Dave Beal was a Dahn Yoga instructor back in 2006 (and Dave’s son’s name is also named Julian? Coincidence?) This article also let me know that Dave’s wife is Dawn Quaresima and here she is teaching Dahn Yoga exercises and yes these exercises are pretty much exactly what we did on my “retreat.”

In addition to Dahn Yoga, there are several other organizations that fall under the Ilchi Lee umbrella, such as Earth Citizens Organization (ECO), which has a leadership program called “Heroes.” Turns out these Heroes did a training program at Honor’s Haven that is quite similar to what I did. I also found some 2017 photos of my girl Jane on the ECO website, and some 2013 photos of Jane and other BPW staff while scrolling through #dahnyoga on Instagram. This is especially interesting as Jane recently told me she had only been working for Brain Power for three years. While this technically may be true, these Ilchi Lee organizations are all one and the same to me now.

So here is your TL;DR: Brain Power Wellness is a part of Dahn Yoga aka Body & Brain. This is an organization founded by Ilchi Lee who has been called a cult leader and has been the subject of several lawsuits including wrongful death and sexual assault. At my BPW leadership training we were not doing yoga or even tai chi, we were doing DahnHak exercises or “Brain Education”: pseudoscience that started with Ilchi Lee and that has been linked to mind control techniques and cult-like manipulation. These exercises were developed for adults, and are now being re-packaged as though they are mindfulness techniques for children in classrooms. And the NYC Department of Education bought into it and now this program is in 400 NYC public schools. From a certain perspective, this is extremely clever marketing. And while the exercises are seemingly harmless and I’m sure many of them do promote team-building and focus, I now don’t trust where any of this is coming from. Maybe I’m overreacting, but I am completely freaked out.

On Thursday, I told my administration about my discoveries. So far, I’ve been told they are “looking into it” and will get back to me. Will they pull the program? Will Jane (who emails me frequently to schedule me and my students for more workshops) start asking questions if I say I don’t want to be a part of this anymore? What if my principal still expects me to continue teaching my students Brain Power exercises? What if this post goes viral and then I die a mysterious death? At least it would be more interesting than dying of coronavirus. Either way, I’ll keep you posted. 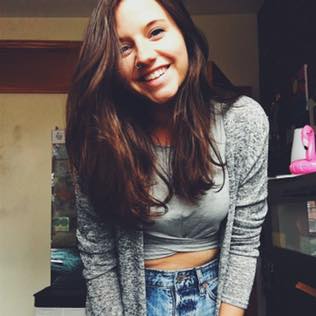 Caroline (Higgins) Nyczak (’11) lives in Brooklyn, New York, where she spends the vast majority of her time teaching English Language Arts. You may also find her at barre exercise classes or playing (and losing) at bar trivia. She continues to be inspired by the energy and diversity of New York City and the beauty of that certain slant of light.