Here’s to a New Season 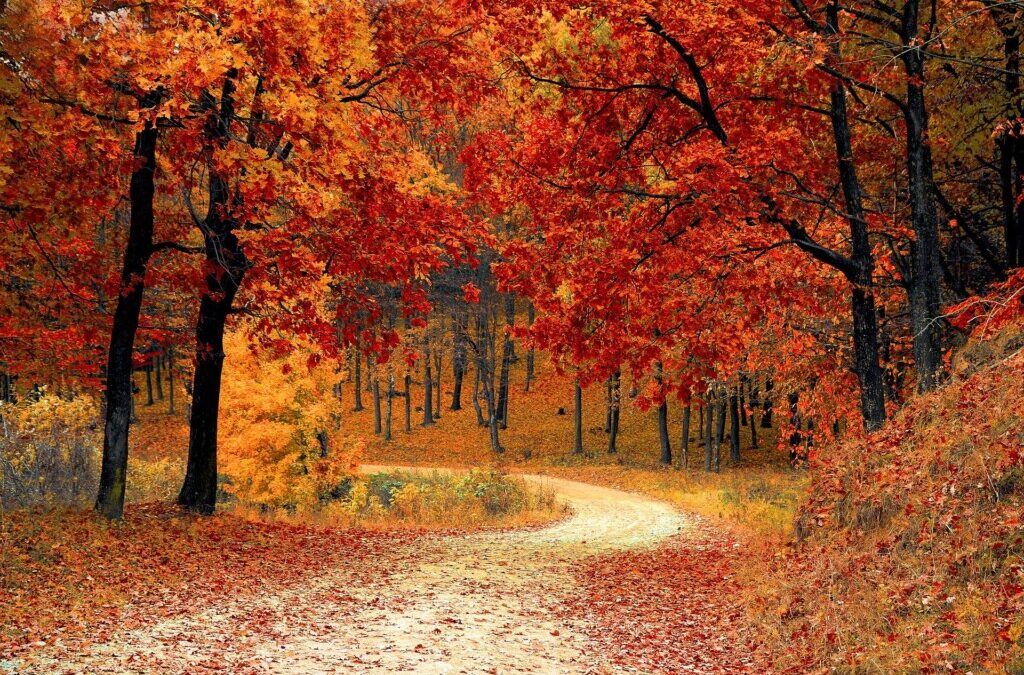 “And all at once, summer collapsed into fall.” —Oscar Wilde

September is always a month of transitions in some form or another. As someone who isn’t the best with change, this month always brings about a complex mixture of emotions and feelings for me.

There are things I do enjoy about September. I like Labor Day weekend. I like going to my aunt’s cottage for one last summer hoorah. I like going to ArtPrize, and I hope that we’ll have the chance to delight in its art again someday. I also like Earth, Wind & Fire’s smash hit “September” perhaps a little too much.

But with September comes a changing of seasons. Summer is my favorite season, and I can’t help but lament the switch to autumn each year. Nightfall closes in a little earlier each evening, and the exchanging of swimsuits for sweaters seems to happen too quickly. Trips to my family’s favorite ice cream shop and nights spent admiring the sunset at the beach become less and less.

For many years, this lament over the passing of summer was often coupled with anxiety surrounding the start of school. As much as I enjoyed learning and seeing my friends, the dawn of a new educational term always came after a restless night in bed, lying awake and pondering all the new situations ahead. Though my Calvin years have been some of my favorite years, the added stress of moving into dorms or apartments and adjusting to life away from home again was never easy.

And yet, when I found myself passing by Calvin’s campus on the evening before classes started two years ago, I was filled with a strange sense of melancholy as I saw all the lights on in the KE apartments. It’s like seeing cars on the highway and wondering about the lives of the passengers inside—wondering where they’re going and what’s in store—except I knew what was in store for those students. They were going to wake up the next day and start school. And for the first time ever, I would not.

While I knew where I was going in that immediate moment (back home to my bed after spending Labor Day weekend in Pennsylvania), in the broader sense I had no clue. Life wasn’t what I expected it to be. Previous Septembers at least offered the certainty of school, but I could no longer cling to that. At that point, I think I would’ve traded the uncertainty for the stress of a new school year.

Though two years have passed, the funny thing is that this September doesn’t look very different. I still don’t really know what I’m doing. But there is something about this September that feels different. Maybe it’s because all of us, in some way, have experienced a transition or a loss or a change this year. Changes haven’t just occurred through the passing of seasons or significant life events; they have now manifested in the everyday moments of daily life. And if there’s one thing I’m trying to remember, it’s that no matter how difficult a change may be, it always means a new opportunity.

Today is the first day of autumn, and instead of dreading it, I’m going to try my best to stay hopeful. So, here’s to September. Here’s to a new season.

Here’s to the beautiful memories of a simple summer, to the promise that I’ll feel the warm sand between my toes once again.

Here’s to uncertainty and the possibility it brings.

Here’s to not knowing what I’m doing or where I’m going but taking little steps of faith all the same.

Kayleigh Fongers (’18) graduated with a degree in writing and resides in West Michigan. She works as a reporter for the Grand Rapids Business Journal and Grand Rapids Magazine while also making time for freelance writing. When she’s not behind a screen, she enjoys going for walks, eating ice cream, and buying more books than she’ll ever read.

by Courtney Zonnefeld, November 15, 2022
On Fall in Europe