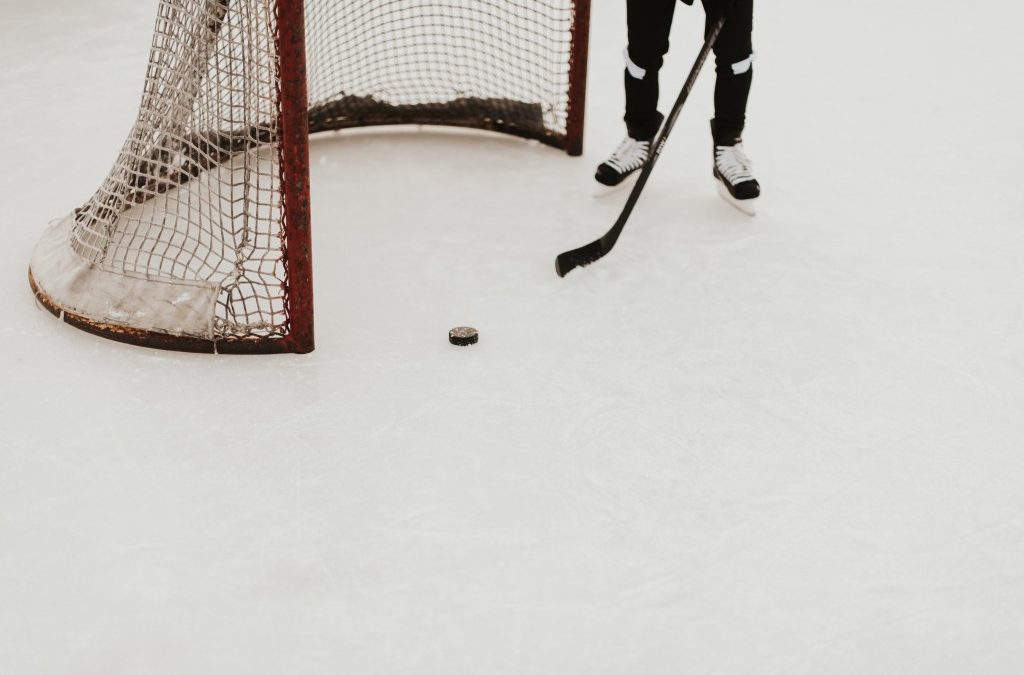 It’s in the sounds—the clack, clack, crack of sticks against ice and puck and other sticks, the hollers of throaty baritones calling for the pass and the shot and the cover, the droning buzzer signifying time and victory and defeat, the excited beats of the announcer’s back to Bieksa and over the blueline and GOAL!

It’s in the scents—the bowl of potato chips poured in the kitchen, the thick adolescent sweat, the beer spilled down the concrete steps, the heaters suspended over the metal bleachers.

It’s in the touches—the coarse jersey fabric chafing against the tender neck, the greasy fingers clawing at couch cushions, the frigid toes fanning inside too-roomy boots, the bitter whip of cold when emerging into the night.

Enjoying hockey can be visceral. Growing up, it was a culture, not a choice; my southern Ontario community breathed hockey as naturally as air. Classmates discussed the previous night’s games at school; jerseys made appearances at church; the outcomes of National Hockey League (NHL) playoff games were as common knowledge as the current weather. I attended friends’ games and school games and local league games and one-off charity games, because that was what we did. I couldn’t skate; I didn’t know the rules; I often got distracted from the game. My specific attention and ability didn’t matter so much as my presence.

The simplest and most mentally-consuming type of participation was cheering for an NHL team. In a home of mixed allegiances—my dad to the Vancouver Canucks, my mom to the Philadelphia Flyers—and a community of devout Toronto Maple Leafs fans, I cycled through NHL fanbases, eventually settling in a split between the Canucks and the Montreal Canadiens, a team I first loved out of pubescent attraction to then-backup goalie Carey Price. (Price is now considered one of the top goalies in the world—my instincts paid off.)

With fandom came the fanatic’s opposite: hatred. In my devout cheering for these two teams, I developed grudges—against teams, against players, against general managers, against fanbases—that could easily spin out of control. I cling to several to this day, though my attentiveness to the league has waned. (I hate the Bruins.)

I’m less attentive to the league in part because I’m less enchanted by it. I now know, for example, that the NHL is one of the whitest men’s professional sports leagues in North America: 93% of players are white, compared with Major League Baseball at 57.5%, the National Football League at 27.7%, and the National Basketball Association at 19.3%. I now know that in this overwhelming-majority white league, racism runs rampant among fans and commentators. In a time when protesting police brutality during the U.S. national anthem has had sweeping significance in North American professional sports leagues, just one NHL player, J.T. Brown, participated by raising a fist.

I now know the forces of structural inequality that maintain the league’s whiteness and privilege. Hockey players can join leagues as early as age five, and the average cost of equipment, training, and travel is $7,013 per season. Compare that with $1,143 for basketball, $1,472 for soccer, $2,739 for football, and $4,044 for baseball—and that doesn’t include additional camps, summer programs, and the investment of years of waking up before the sun to attend five a.m. practices at a heavily booked rink.

I now know that the league prefers profitable players over victims of sexual assault. In the 2019–20 season, at least three players who have been accused of sexual assault or rape are earning multi-million-dollar contracts and appearing on live television at least twice every week.

I now know how the league has neglected its responsibilities to inform its players about and protect them from significant brain injuries. In 2011, twenty-eight-year-old New York Rangers player Derek Boogaard died from an accidental overdose; his death is attributed to repercussions of chronic traumatic encephalopathy (CTE). Though at least nine NHL players have been posthumously diagnosed with CTE, the league has done little to address the risks of concussions and other brain injuries in the sport, and the league commissioner, Gary Bettman, has publicly denied links between league policies and rates of CTE.

It’s a tricky balance, the nostalgia and passion of the past against these grim truths that have always existed, whether I’ve recognized them or not. I want to celebrate if the Canucks or Canadiens ever win the Stanley Cup in my lifetime; I want to share the NHL 19 cover that features P.K. Subban; I want to note the retirements of beloved players from the 2011 Canucks playoff team. I want to be a hockey fan, but I’m not always sure how. I’m not always sure that I should be. 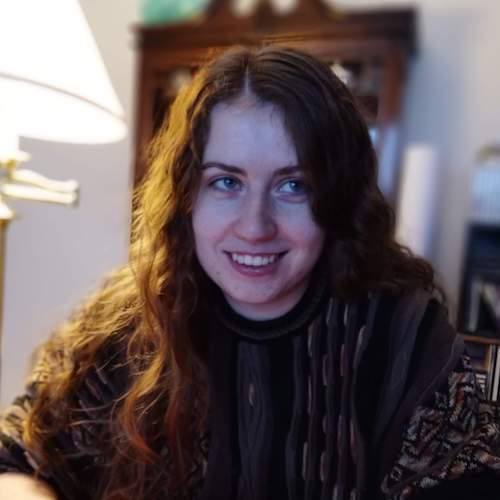 Gwyneth Findlay
Gwyneth Findlay is an editor living in Aberdeenshire, Scotland, where she mentally and physically collects world maps. She graduated from Calvin in 2018 with a degree in writing and minors in French and gender studies.

by Gwyneth Findlay, December 8, 2019
Enough of This

by Andrew Orlebeke, October 21, 2017
I Earnestly Want To Talk About Sports With You But I Don’t Know How